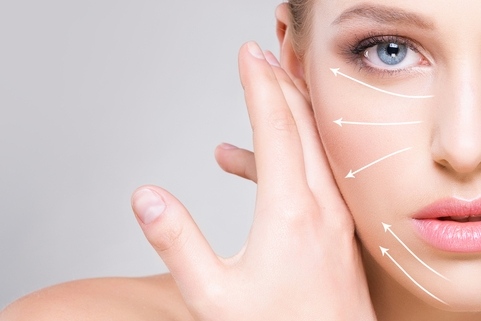 I have always been fascinated by how facial aesthetics can impact a person’s life, as facial rejuvenation does not only change how we look, but also how we feel – which is often the drive behind seeking the treatment, is to feel better about our selves.

The look better, feel better concept links as strongly to seeking facial rejuvenation as it does to healthy eating or exercising , they are all our ways of trying to feel better, which is more significant than looking better per se.

As a nation, our attitudes to facial aesthetics has softened over the years, with an increasing number of people recognising that ‘tweakments’ can deliver subtle, natural looking enhancements that do not change the patient’s looks in any major way, as one of patients said “ I’m so glad I had this treatment, I look like me, 15 years ago”.

Non-surgical facial aesthetic treatments are not operations, they pose minimal risk ( when performed by suitably qualified practitioners ) and require no general anaesthetic.

The results they yield are can be tailored to the patient’s needs and wants, with the vast majority preferring a subtle, natural looking enhancement to their features.

It is also worth noting that results don’t last forever, unlike surgery, and treated areas will return to their pre-treatment appearance over time.

Many of my patients showed a strong emotional reaction to the mere thought of embarking on a facial aesthetic journey. For a small proportion of women, the mere act of enquiring about facial aesthetic treatments can invoke feelings of shame and concern. Feelings that they will be judged for daring to even enquire about treatments to address areas of concern about their appearance. While many of these patients are simply looking to refresh their looks and soften some of the signs of ageing , A group of them patients tend to seek facial aesthetics when they have a reached a crossroad in their lives: a milestone birthday, the end of a relationship or the beginning of a new career.

In this group a Typical consultation appointments begin with the half-whispered phrase “I am not vain, it’s just….”

It still surprises me the level of stigma that some people still attach to anti-aging treatments – feeling that any form of facial tweakment is fundamentally wrong, and that those who seek it are looking to become someone else and no longer wish to look like themselves.

While people often commend and compliment individuals who have chosen to alter their hairstyle, hair colour, have lost excess weight or embarked on a new exercise regime, it is still unusual for people to openly applaud those who have chosen to enhance their appearance through facial aesthetics.

Enhancing your looks , at the hands of a professional, will mean you continue to look like you, but fresher and in most cases younger, inevitably improving how you feel and giving a boost to your self stem.

people frequently tell me they feel more confident after treatment.  Many communicate they feel more outgoing and willing to try new life experiences, which impacts other areas of their lives which in turn whether consciously as the patient is happier, more enthusiastic about life or subconsciously as they carry themselves in more self assured way, improving major areas in their lives such as work and relationships.

I regularly see how changes in appearance have an impact beyond the aesthetic. I recently had a succession of consultation and treatment sessions with a highly successful barrister, She reported that she felt her anti-aging treatment gave her so much confidence and that improved her work performance and in her perception, intensifying her presence in the courtroom.

She also shared she felt happier with her day to day life, felt happier to interact with her peers and friends and started to work on her relationship with her estranged husband.

Her positive experience is far from unique and is repeated time and again with countless patients I see, doctors, teachers, bankers, TV personnel, businessmen and many mothers.

Those who have negative feelings towards facial aesthetics appear to lack the understanding that treatment with highly qualified, trained clinicians, can deliver subtle, natural looking enhancements and tweakments which ensure people continue to look like themselves only fresher or more defined, Not only do people often leave the treatment room restored on the outside, the way they feel often changes too. Those who come to see me looking tired and run down often feel run down too, however, after treatment they leave looking refreshed and feeling full of life.

Changes in mood after injections with botulinum toxin have been scientifically studied; five studies conducted this decade alone have examined the effect toxin injections to the frown lines have had on depression. The findings have consistently indicated that toxin treatment can help lower feelings of depression.  It is it believed the impact is based on a ‘facial feedback’ mechanism. Facial expressions send certain feedback to the brain. Emotions like fear, sadness, or anger can result in the contraction of muscles in the forehead that cause frown lines. In people who are depressed, activity of the muscles that cause these frowns is increased. Blocking these frowning muscles with toxin has been shown to improve mood levels.

Aesthetics treatments have shown me day in and day out that they increase confidence and promote a sense of empowerment, these are values that we all strive to achieve, women and men alike.

People endeavour to look better as they get older to feel that they are still able and still productive, many men and women turn to healthy eating and adopt exercise regimes in the 4th decade of life aiming to age gracefully. I do believe that looking after your skin is as important as looking after your muscles and your general health and I trust facial aesthetics to play a big role in the “ageing gracefully notion”.

I strongly believe that non-surgical enhancements can deliver both aesthetic and emotional boost, as the toxin studies indicate. While studies are yet to be conducted into the effects of other facial aesthetic treatments such as dermal fillers on mood, self esteem and general wellbeing of patients seeking the treatment, I would suspect similar positive findings to those of anti-wrinkle treatments.

The Signs of Aging in Your Hands
Scroll to top